Metadata for Content Management is now available. I wrote it for those who are looking for creative ways to make better use of metadata, taxonomy, policy and workflow in their content systems. The book contains no academic discussions because, well, I’m not an academic. Instead, it’s all about how those topics apply to the management of content using digital systems.

It’s all about the management of content. And the systems that do that are, as far as I’m concerned, content management systems. Yes, I know this is what we call WordPress, Drupal and other software in that class. But these systems are about Web publishing, not content management. They’ve enjoyed the moniker content management long enough. It’s time we take that term and apply it to software that is actually capable of managing content.

Readers of DAM Survival Guide should find the new book to be a nice continuation of that discussion, with more emphasis on practical applications than conceptual topics.

Though DAM Survival Guide is not required reading before you can get into Metadata for Content Management, the new book does presume the reader has at least some basic understanding of the goals behind content management.

The groovy people on the cover are my parents. I thought long and hard about what image was most appropriate for a book like this. It occurred to me that because all this content management stuff was about the preservation of the content we value most, I figured a photo of these two wonderful people was suitable.

I hope you enjoy the new book! You can buy it now from Amazon » 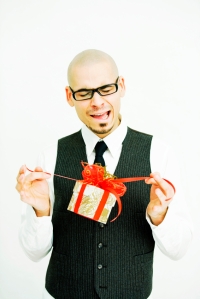 “This Adaptive Metadata stuff is nothing new. Our DAM can do this. Oh look, we just got support for a new file format!”

My most recent article on CMSWire resulted in a flurry of argumentative comments on various LinkedIn threads as well as below the article itself. The title, “Why Images Don’t Belong in Your DAM,” was intended to do one thing: Get people to click and read.

To be honest, this really is what the article is about, so there is nothing misleading going on. It’s just that people apparently expected me to write an article that literally explained—what?—why I thought that images shouldn’t be inside a DAM?

The primary point (which most sober and mentally functional readers got) was that the classification of “image” and the concept of file format-based management did not belong in a DAM. We remain too file-format focused in the way we do DAM. DAM vendors are even known to refer to the “asset lifecycle,” which always bothers me because people confuse “asset” with “file.” It is the content of a file that we care about; not the box (file) in which we store and share it.

Yet, how many DAMs out there today that still force us to think in terms of file format? Does your DAM create a perfect PDF from a Word doc? Nope, that’s why you catalog both. Two files, the same content. Two sets of metadata. Two sets of permissions. You do the same with your InDesign files. And in some cases, instead of cataloging that single 500MB Photoshop master and letting the DAM create the derivatives we need, we create them ourselves. We have way too many reasons for why we do this, even though our DAM vendors tell us they are more than capable of doing it for us.

For these reasons and tons more, we end up with multiple files in our DAMs that each contain exactly or virtually the same content. And this means we have to manage each of those files independently.

Show of hands: Have you ever asked your DAM vendor to make it easy to copy metadata between records?

One of the many advantages of the Adaptive Metadata technology that Picturepark developed (and is now getting flack for from other DAM vendors who don’t understand it or fear it), is that metadata can be abstracted from the assets themselves. This means, for example, the metadata can exist entirely on the asset class definition. Those assets assigned to the class inherit the metadata while they remain assigned. (Yes, you can create local metadata values too. And yes, you can embed class metadata into outbound files.)

This is the foundation for being able to adapt metadata schemas between assets and, for a given asset, over time too. Recalling the example above, your PDF and Word files don’t need separate metadata editing sessions because you’ve added them both to the same asset class, and you’ve added the common metadata to the class.

What we have been seeing since the release of this article reminds me of the first time I ever opened an early beta release of the Mosaic Web browser. At that time, I think there were fewer Web pages in the world than I have today in this blog. I tried to like Mosaic, but I just didn’t get the point. (We didn’t even call it “the Web.” We just knew it by the application’s name.) Further, Gopher worked fine for browsing “online” information, and most people weren’t “online” anyway. (And spell checkers used to make us hyphenate “online” too. God, I’m old.)

The reason I didn’t understand the value in the Web when I first tried it was that I was evaluating it in terms of a few Web pages. I couldn’t see that the ultimate value came not from just a few websites, but from millions of websites that would each evolve over time.

Today of course, I’m almost embarrassed to admit that I didn’t see that potential. But this exactly what others are failing to see in this big argument over the value of adaptive metadata. You can’t just look at one asset and “get it” any more than you can look at one frame from a film and understand the concept of a motion picture. This is about metadata schema evolution, not metadata value updates. And isn’t this exactly the kind of thing that DAM professionals should appreciate? After all, the value of DAM is quite limited if you have only 3 assets.

I predict that in a few years, there are going to be many in the DAM industry who are eating a little bit of crow because they’ve been posting all over Hell and back that Adaptive Metadata is nothing new.

And, unlike my private humiliation of not getting the point to Mosaic, the Internet today never forgets. 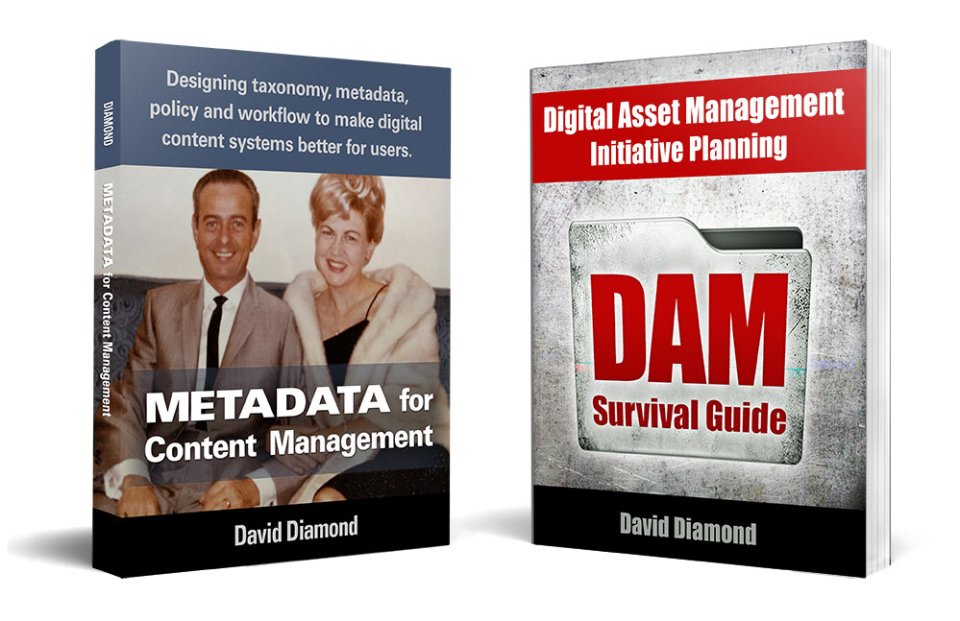